How are everyone’s quarantine Gunpla builds going? I’m happy to report that after the double whammy of a new baby and /gestures to 2020/, I’ve finally started building Gunpla again. I spent June (AKA Pride Month) working on what I’m calling Trans Rights Custom Z’Gok since it uses the colors of the transgender pride flag. I’ve met a lot of incredible transgender people through this hobby, and I wanted to commemorate that with a new painting project. You can follow along with my progress on Twitter and a blog post is definitely coming later! In the meantime, I’ve got plenty of contributor posts in the pipeline—from Tom Aznable’s Deep Dives for Re:RISE returning soon to a review and tutorial from Marc.

In the meantime, we’ve got a Re:RISE-heavy set of new Gunpla coming out in June and July, likely to commemorate the return of the latest Build Divers show from its hiatus. Take a look at what’s freshly arrived and what’s ready to pre-order.

More than 40 years ago, Kunio Okawara designed the RX-78-2 for a little cartoon called Mobile Suit Gundam. For the franchise’s latest anniversary, Okawara has tweaked his design for a brand new version that promises to be the most poseable Beast of Possibility yet.

Wodom, short for “Walking Dome” is a peculiar unit from Turn A Gundam. (But which Turn A mech isn’t a little weird?) Now May’s black-and-green custom take on the unit from Gundam Build Divers Re:RISE invigorates this obscure suit with a new release.

Gundam Build Divers Re:RISE loves an asymmetrical custom, especially when it belongs to a bad guy! This is an armor set designed for an enemy version of Hiroto’s Core Gundam, so I’m guessing from the images that it can fit on Hiroto’s mecha as well. This armor can also be posed alone on an included display pedestal.

How do you feel about the trend of armor and weapons being sold separately for Gundam Build Divers Re:RISE kits? On the one hand, it ensures that there’s a lot more detail put into the weapons and gimmicks. On the other hand, it means you need to buy two kits. This accessory features a cascade of verniers that riff off of the classic Nu Gundam.

The upgraded version of Parvis’s Valkylander features armor with a metallic gold sheen characteristic of the SD Gundam Sengokuden series of kits. The red gems and white wings also remind me of attributes of the Wing Zero. A really elaborate little SD. 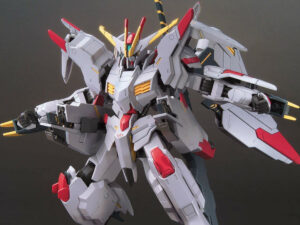 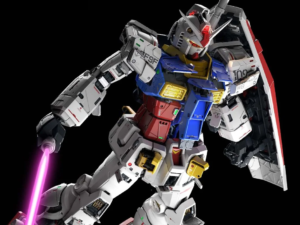 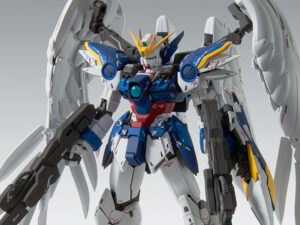 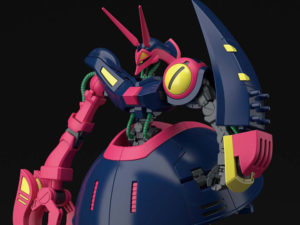